【ブルームバーグ社からへの筆者コメント】
Samsung Beats Sony With Patents as Shares Rise: Chart of the Day

largest consumer-electronics maker, has widened its lead over

Sony Corp. in the number of U.S. patents obtained each year,

mirroring the gap in share performances between the companies.

The CHART OF THE DAY tracks the number of U.S. patents

Machines Corp., the latter winning the most the past two

opened a lead over Sony in 2003 and expanded on it since, with

more than twice as many last year as its Tokyo-based competitor,

according to data from the U.S. Patent and Trademark Office and

Sony shares on a percentage-change basis starting from the end

Sony, a trendsetter in the 1980s with products including

the Walkman, is struggling to recover from four years of losses

as consumers flock to smartphones and tablet computers from

Samsung and Apple Inc. Samsung Group, of which Samsung

Electronics is the largest unit, will boost spending to a record

won in capital expenditure, according to an e-mailed statement

“Sony can’t afford to develop new patents because of its


bad financials and, also, it doesn’t have a business model for


Grand Design, a Japanese research and consulting company. “By


contrast, Samsung is applying for as many patents as it can. It

Samsung, which ranked 21st among all companies in the total

according to the U.S. patent agency. 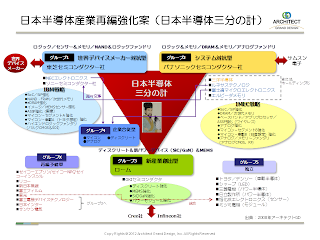