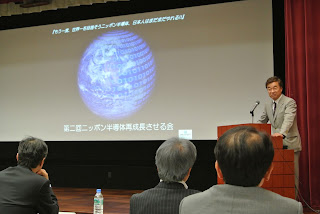 5月 20, 2013
安倍首相の先日の第二弾成長戦略会見に対す る筆者の見解が米国ウォールストリ ートジャーナルに記載されていた 。(2日前) Abe Seeks to Get Japanese Businesses to Spend May 17, 2013, 8:01 a.m. ET TOKYO—Prime Minister Shinzo Abe pledged action Friday to encourage businesses to increase their spending as he seeks to turn recent improvements in the economy into sustainable growth. In a speech to business leaders and academics, Mr. Abe said he would remove barriers preventing capital spending and seek to raise it by 10%, to around ¥70 trillion or $680 billion, in three years—the level seen before the 2008 financial crisis. The comments shed further light on the direction the prime minister will take with the next stage of his "Abenomics" policies for invigorating and deregulating Japan's economy, ahead of a more comprehensive announcement planned for June. Gross domestic product figures released Thursday showed better-than-expected growth amid a wave of optimism surrounding the administration's aggressive stance on the economy.
続きを読む